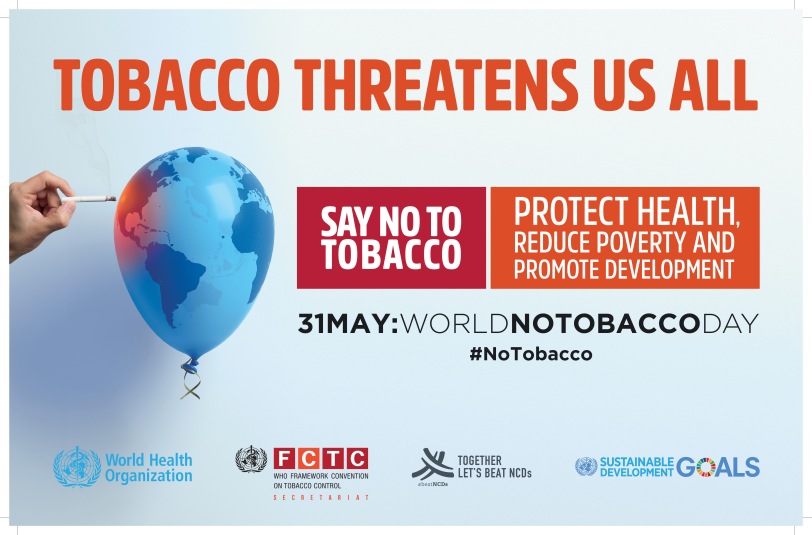 Once I traveled from Balikpapan to Samarinda by bus and the man in front of me smoked almost uninterrupted for the full three-hour trip. I felt so bothered. Similar situations happened thousands of times everywhere else I visited in Indonesia and in my home city of Yogyakarta. In the beginning I was so scared with the never-ending tobacco ads, but after some time I got used to them, though I simply couldn’t admit this. Neither could I accept the situations in which fathers smoked in front of their small children, children themselves bought cigarettes after school and students thought that smoking was a must for anyone who wants to be cool. I have never seen any broad anti-tobacco policy, nor anyone encouraging friends to quit smoking, nor even disclaimers about how bad smoking is. Instead, I found a growing number of smokers, a lack of an anti-tobacco policy and smoking as an empowerment method.

During my one-year exchange in Indonesia I tried to do my best to help friends stop smoking. By bringing information through this article, I aim to bring some information for those who don’t know about the situation of tobacco in Indonesia. But mainly, I hope to inspire readers to give up smoking and to help others doing so. Not coincidentally, today is World’s No Tobacco Day, whose 2017 campaign is focused on smoking and development. [1] Nearly the same focus I have in this article. (this was a coincidence!)

There are few anti-tobacco policies in Indonesia, but most of them are still shy and not nationwide. It seems that horizon for change is slow-moving. Indonesia is world’s  4th largest cigarette consumer and tobacco production chain branches out in many provinces and economics fields, generating thousands of jobs and, of course, significant interests. The interest groups that profit with Indonesian 90 million smokers lobby heavily on the Executive and Legislative powers, avoiding restrictive policies. When it comes to tobacco, Indonesian House of Representatives is still backwards: it discusses if smoking really harms health, a debate overcame in most countries more than 30 years ago. Bribery from tobacco companies also play an important role on this, but it will be better explained in my next article in this blog.

The smoking prevalence among Indonesian adult men is 76%. [2] Prevalence among people below the age of 18 has raised to 8,8% in 2015. [3] And, yes, this number includes very small children as Ardi Rizal, the two-years-old boy who shocked the world in 2007 when he used to smoke 40 cigarettes per day. Tobacco industry represents 1,66% of Indonesian GDP and its yearly exports amounts to US$700 million. [4] Some firms that run this business are the most valuable in Indonesia. The average price of a package (generally with 16 units) is around 16.000 rupiahs, US$1,20. [5] It’s quite common to find single cigarettes costing 1.500 or 2.000 rupiahs, around US$0,15.

The discouraging situation of smoking in Indonesia has close relation to inequality problems, at different levels.

Country: international power and trade relations are inscribed in a North-South dichotomy in which Southern resources and markets are heavily exploited by firms from the North. In the last fifteen years, the Indonesian biggest tobacco groups, Sampoerna and Bentoel, were acquired by Philip Morris International and British American Tobacco, two of the world’s largest tobacco companies, headed in the US and in England respectively. The Indonesian market is an opportunity for them to increase their market shares while most countries are tightening regulations on smoking. They are also taking advantage of Indonesian corrupt political system (which facilitates lobby and bribe) and of its huge population (whose purchasing power is on rise). For them, it is quite fruitful to burden a Southern society while dispatching millions on profits to their Northern headquarters.

Age: it is widely known that youngsters and children are more susceptible to advertising. These groups became the targets of advertising by Indonesian tobacco companies. Most ads portray young people smoking and having fun, presenting tobacco as a way to be cool and attractive. Moreover, cigarette brands sponsor many youth cultural events (concerts, exhibitions, festivals, etc.) and TV shows. By doing so, tobacco industry guarantees addicted consumers since very young age, raising profits and assuring loyal consumers in the case of more restrictive policies in the future. But it leaves behind disastrous health problems for the country.

Gender: the smoking prevalence among Indonesian women is 6,7% [6], nearly 70% lower than among men. Undoubtedly, this gap reflects gender inequality in the country: smoking is related to the occupation of public spaces and power. With growing awareness among women regarding gender disparity, struggles to gain voice and authority emerged. However, smoking has raised as a tool of empowerment, a  symbol of status which helps equating men and women. Not surprisingly, the number of female smokers increased 400% in the last 20 years, pushed up mainly by younger generations.

That’s not new at all – for decades since the 1920s, USA tobacco companies had resorted to women in order to make their markets larger. Advertising linked smoking to self-confidence and independence, attributes women were struggling for. In XXI century Indonesia we notice the repetition of these same marketing strategies, which probably will lead to the very same healthy problems that US experienced.

Class: poorer families usually have less access to information and, therefore, they often do not acknowledge the harms that tobacco brings to health, mainly when there is no national campaign on the issue. These very same families are also the ones that suffer harsher with smoking. First of all, they buy the cheapest cigarettes, which are the worst because of higher levels of nicotine and toxins when compared to more expensive models. Then, as their familiar income is short, they are the ones who feel stronger the burden of tobacco on the familiar budget, robing resources they need to rise out of poverty. Finally, in the case of a smoking-related illness, a poor person has less recourses do pay for a treatment, what might shorten his or her lifetime.

Having achieved such a huge number of smokers makes solutions even more complex. Rising taxation and consequently the prices would be an effective beginning, since it could decrease the daily consumption and avoid newcomers to the market. However, efficiency of tributary measures might not work in the absence of a nationwide anti-tobacco campaign. Restrictions on packaging, advertising and selling are essential efforts.

Further procedures on tobacco control will be presented in my next article, to be released soon in this same blog. I will focus on corporate power and corruption related to tobacco companies, in addition to bringing information regarding tobacco-related diseases. Hope to have you as a reader soon again!

[1] Find more information about World No Tobacco Day at http://www.who.int/tobacco/wntd/en/  (here you can also find hints on how to stop smoking)