Campaigners are calling on Latin American governments to rethink their policies on contraception and abortion because of the spread of Zika virus, which they fear will lead to a rise in women’s deaths from unsafe abortions as well as the predicted surge in brain-damaged babies.

Several governments in the region have advised women to postpone getting pregnant for up to two years, which reproductive health groups say is impossible in countries where birth control is not easily available and many women fall pregnant through sexual violence.

“We are calling for governments to expand access to contraception, particularly for groups that have low incomes,” said Giselle Carino, deputy director of the International Planned Parenthood Federation’s (IPPF) western hemisphere region. 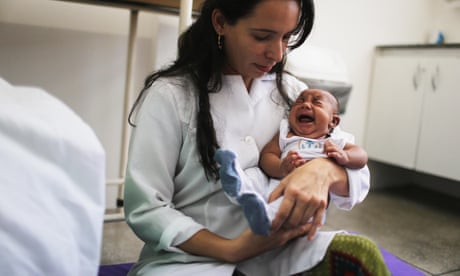 “Then they must expand access to safe abortion services and we need an awareness campaign so women know about the risk of Zika and are aware of their options if they find themselves pregnant.”

The IPPF says advice from governments including in Colombia, El Salvador and Ecuador to delay becoming pregnant because of the risk of microcephaly – a form of brain damage in the foetus now being associated with Zika virus infection – is unreasonable in a region where around half of all pregnancies are unplanned and sexual assault is prevalent.

In Brazil – where on Friday the president, Dilma Rousseff, announced a nationwide attack on the mosquito that spreads Zika, vowing to “win this war” – the message was echoed by a group of lawyers, academics and scientists.

Anis, a feminist bio-ethical research institute, plans on taking a case to the supreme court to guarantee access to contraception, access to early diagnostic testing, and the right to safe and legal abortion in cases of microcephaly. Abortionis illegal in Brazil except in cases of rape, when it is permitted up to 20 weeks into the pregnancy or where there is a risk to the mother’s life.

Latin America has some of the most restrictive abortion laws in the world – 95% of abortions carried out there are performed in unsafe conditions. The Guttmacher Foundation’s research shows that about 23 million women have an unmet need for contraception and account for 75% of pregnancies in the region.

Many of those who get pregnant are still children. More than a quarter (27%) of those who die during pregnancy or in childbirth in El Salvador are adolescent girls. In Latin America and the Caribbean, there are 4.4m abortions every year, 95% of which are unsafe, and 1 million women end up in hospital because of it.

Backstreet abortions are bound to rise unless governments change their stance, says Katja Iversen, chief executive of the global advocacy organisation WomenDeliver. “It is definitely, definitely a concern because it [public concern about the Zika virus] is so prominent right now and people are scared.

“It is a cheap shot for governments to say postpone your next pregnancy if you don’t make contraception and access to safe abortion readily available,” Iversen said.

She criticised the World Health Organisation for focusing exclusively on the spread of the virus. “Wouldn’t it be wonderful to see WHO’s reproductive health department involved as well,” she said. During the Ebola outbreak, the frontline health workers and those hardest hit were women, she said.

“It is interesting to see how the focus is on the big epidemic, but even though women are carrying the burden, they are still an asterisk. 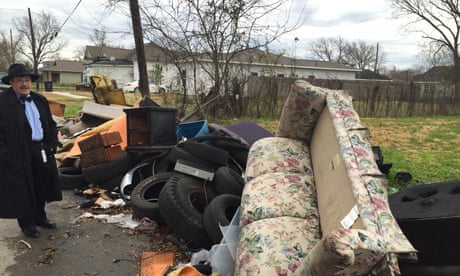 “Yes, it is about a mosquito carrying a dangerous virus, but it is also about a health system failing women.”

In the US and the UK, doctors have been given guidance on screening pregnant women who have returned from Latin America after contact with the Zika virus. Prof Mark Kilby, spokesperson for the Royal College of Obstetricians and Gynaecologists and a professor of foetal medicine in Birmingham, said that where there is suspicion a foetus could have microcephaly, pregnant women would be offered ultrasound screening from 20 weeks every two to four weeks.

“You can tell whether the head is growing normally. It is serial measurements over time. It is looking at the size of the baby’s head and the change in velocity of growth – whether it is slowing down,” he said. MRI scans could help by identifying whether the brain was still smooth or had developed the normal walnut-type wrinkling, he explained.

Rodrigo Stabeli, vice-president of research at the Instituto Fiocruz, Brazil’s prestigious public health research centre, estimates that by the end of the year there will be about 16,000 cases of microcephaly across the country. While the prognosis varies on a case-to-case basis, some of the babies born with the condition will have short, painful lives, he said.

Following a lawsuit brought by Anis in 2012, the supreme court legalised abortion in cases of anencephaly, a condition in which a major portion of the brain is missing. One of the judges who voted in favour of the reform argued that the condition was “incompatible with life”. Other judges have used this ruling to justify abortion in cases in which other health complications have made the foetus unviable.

However, in comments to the BBC, Brazil’s federal medical council said that “in the case of foetuses with microcephaly, in principle there is no incompatibility with life”.

Débora Diniz, a professor of anthropology and a researcher for Anis, argued that the Zika epidemic was the result of the Brazilian state’s failure, over 40 years, to eliminate the mosquito. “This epidemic did not come out of blue,” she said. “It is an act of harm against Brazilian women by the state.”

In response to the advice given by one senior Brazilian government health official – that women should delay their pregnancies for the foreseeable future – Diniz said: “It is not a serious proposal. It is yet another attempt to avoid a proper discussion on abortion.”

Illegal abortion is not uncommon in Brazil, especially for those with the
necessary financial resources. In an interview with the newspaper O Folha de São Paulo, Olímpio de Moraes, a gynaecologist and professor at Pernambuco University, said: “People with the means and the access to abortion already do so in some cases … no one ever finds out. For those who have money in Brazil, the laws are different.”

Beatriz Galli, a senior policy adviser for the women’s reproductive
rights group Ipas, argues that although federal law guarantees women’s rights to
contraceptives, in practice access is often limited. Sterilisation has
to be paid for, and health clinics rarely supply the morning-after pill, despite it
supposedly being available at no charge.

“In Brazil, it is not true to say there is totally free access to contraception for all levels of society, especially the most vulnerable,” she said.